The Rooiels Nature Reserve (RENR) is well-loved by residents not only for its flora and value to conservation but also as a lovely cove where, if you are extraordinarily lucky, you can see the otters.  Even if you don't see them, you can often smell them as they leave their territorial scent and their crayfish-shell scat all around the seepage pool. 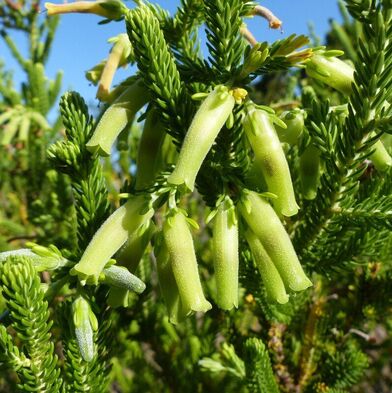 The Rooiels Nature Reserve is deceptively diverse.  It has a number of very distinct micro-ecosystems each with different species.  From time to time residents have been actively engaged in identifying the plants.

Some twenty years ago, a group of people collected  over 84 samples which were identified and housed at the Rooiels Eco-Centre and then subsequently lodged as a Special Collection at the Harold Porter Botanical Gardens.  You can see the Accessions List here.   There is currently a couple of Rooielsers working again.  They are photographing, identifying  and listing the flowers identified by specific habitat area and sharing them on iNaturalist.   They are documenting insects but Rooiels needs to get some other people to do research further identifying and understanding more about the small animal life in the Nature Reserve.


There are several healthy stands of the highly threatened red-data Erica brachialis in the nature reserve.  Urbanisation and frequent fires have led to its demise elsewhere.  It is pollinated by orange-breasted sunbirds.  This Erica is currently grown in the Kirstenbosch "Garden of Extinction" so we are fortunate to have it well-represented here.  It is naturally distributed from Cape Point to Hangklip.

​The Primary Purpose of the Rooiels Nature Reserve is to Conserve the plants and genetic diversity they represent.  Unoccupied coastal sandveld is increasingly rare with mostly only very steep rocky coastal areas left uninhabited.  The Rooiels nature reserve is not spectacular and does not attract tourists but it is a haven for many small and highly diverse plants and small animal life. It plays an important role in supporting the Kogelberg Biosphere Reserve as biodiversity and seed banks are so important to adaptation.  With more diversity, it is increasingly likely that some individuals in a population will possess variations of alleles that are suited for the environment.  There is increasing recognition that genetic conservation may be more important to our survival than all other efforts to address climate change.
​The RENR was declared a provincial nature reserve by the Western Cape Government in 1984 and registered as a Protected  Area in 2020/1. The RENR is owned by the Overstrand Municipality. 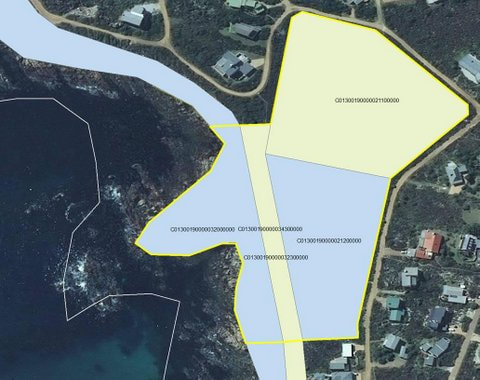 On the zoning map for Rooiels you will see that the Koppie and all the area along the coastal strip around Rooiels is zoned Nature Reserve (shown in green).  Efforts have been under way for some years to get these areas to be declared formally protected as an extension to the existing protected Nature Reserve.  The engagement is now reaching the stage where we will be engaging in public participation to continue with the process.  Please go to the Blog with information on these efforts.

Download File
Prof.  Anthony Halls - in the early 1990s, provided a description of the Rooiels Nature Reserve
"Geology and topography: The RENR forms a low-lying area of about 3 Ha, between 0 and 6 meters above sea level, which can be regarded as an extension of the coastline, including the bay that borders the RENR ,the topography can also be attributed to the inferior strength of the local sandstone substrate which occurs throughout the entire area, known as Tafelberg sandstone.
This sandstone forms a prominent koppie on the sea side of erf 218. The rest of the RENR is covered by a shallow layer of sandy soil.
The low-lying topography, the so-called acidic drainage area, accounts for the fairly permanent seepage of fresh water in the direction of the sea and possibly explains the presence of many interesting wild herbs, such as wild celery, occurring just above the high-water mark.
Rainfall:  80 to 120 days per year at least 0,25mm;  80 days more than 1,00mm;  10 days 10,00 mm or more
The RENR is the habitat of various kinds of small fauna and the following main groups of plant communities are present in the area:  The reserve is situated in virgin lowland fynbos which is becoming scarcer as the result of increasing development and invasion by exotic plants.  Low land fynbos is no longer present in the core area of the Kogelberg Biosphere."
The Rooiels vegetation map below shows the entire RENR as being Kogelberg Sandstone Fynbos although there are a few small areas of Hangklip Sand Fynbos and Overberg Dune Strandveld.  From what we have been able to establish actually the RENR is a fairly unique fynbos zone within that classification because of the seepage to include some Estuarine sandstone fynbos.  The only other similar areas, below Hangklip, are heavily infested with rooikrans.  But more research is required to confirm this. 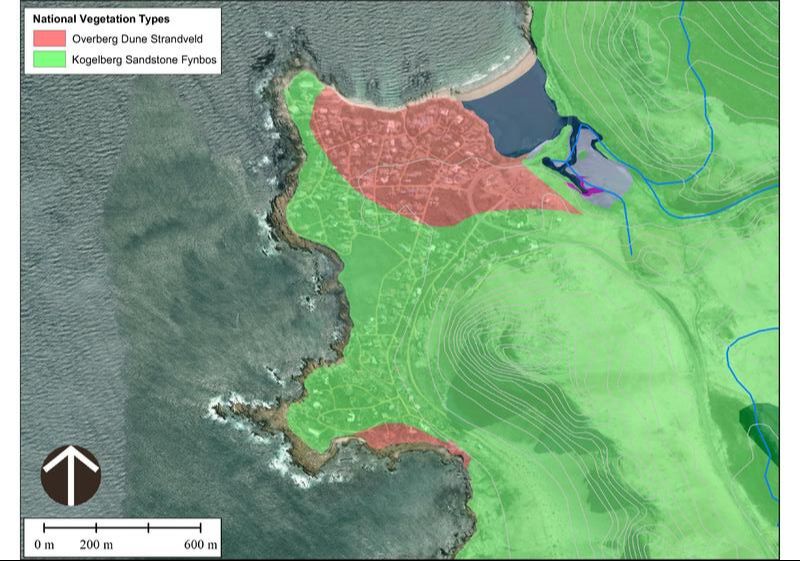 Rooiels is dominated by Overberg Dune Fynbos  and Kogelberg Sandstone Fynbos  - with some Estuarine Sandstone Fynbos
Wheelchair access to the Nature Reserve.   All the community agreed that we should try to broaden access to the Nature Reserve and make the paths more wheelchair friendly.  There was disagreement in how this would be taken forward.  The preference expressed at a public meeting was that the Walkway would not be intrusive and would be a simple widening of the existing pathway.  That meant that the Walkway would not be able to receive official recognition that it is Wheelchair friendly.  In order to get official recognition, special parking provisions and a much more elaborate structure with handrails was required. The community did not think this would be appropriate and that it was not necessary to have official recognition. However, the 2021 committees decided that they would go ahead with such a walkway and proceeded with it.
You can see the documents that they placed on the website here